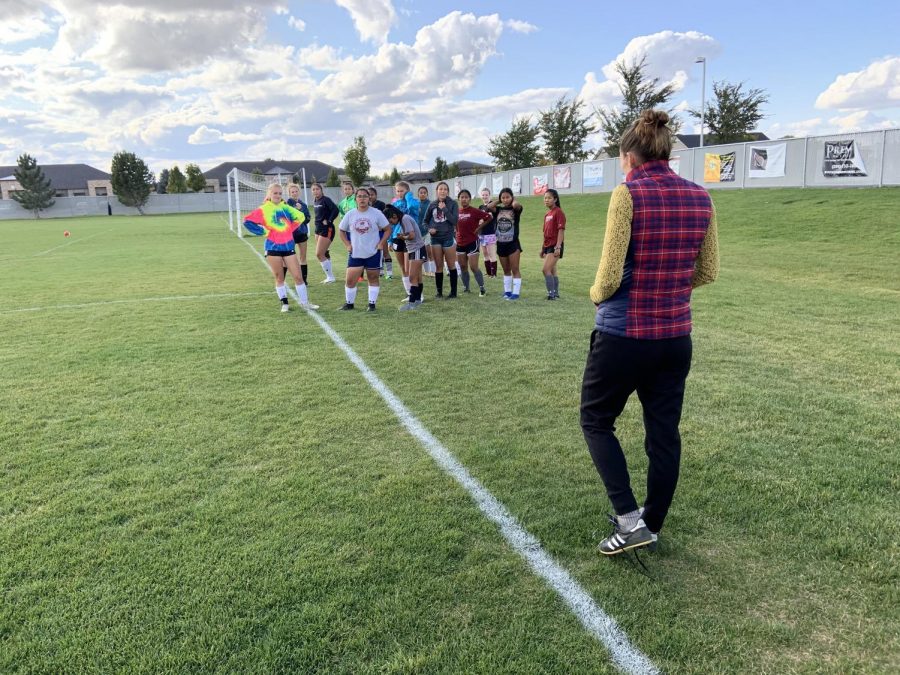 After spending seven hours at school and waking up at five o’clock to go to swim practice, the last thing I wanted to do was go try soccer. But that’s where I found myself after school one Tuesday afternoon with the boys practicing on one field while the girls were on the other.

Practice started with passing and running before moving onto warm up drills. The girls took turns teasing and laughing at each other and after practice a team dinner was going to be held. I couldn’t help but notice the difference in teamwork. In swimming, you’re in your own world with just you and the water. Anyone can join a practice without very many people noticing because it is more of an individual score. Soccer though, is much different. Everyone on the team works with each other to pass and score and that makes them closer on and off the field. When an outsider came onto their team, all the girls supported and encouraged me, they knew I was coming and were looking forward to someone else trying their sport.

There were times in the practice where I had no idea what was going on. Everything on the team is down to a system and every player knows their job. They are all working towards their goals of winning the next game. When you swim, you don’t win a game but you work on your individual time scores. The difference in teamwork and collaboration between the teams is what really stood out. In one sport you are competing against yourself while in the other you are focused on your teammates and on the constant game.