What it is really like to be a VSCO girl 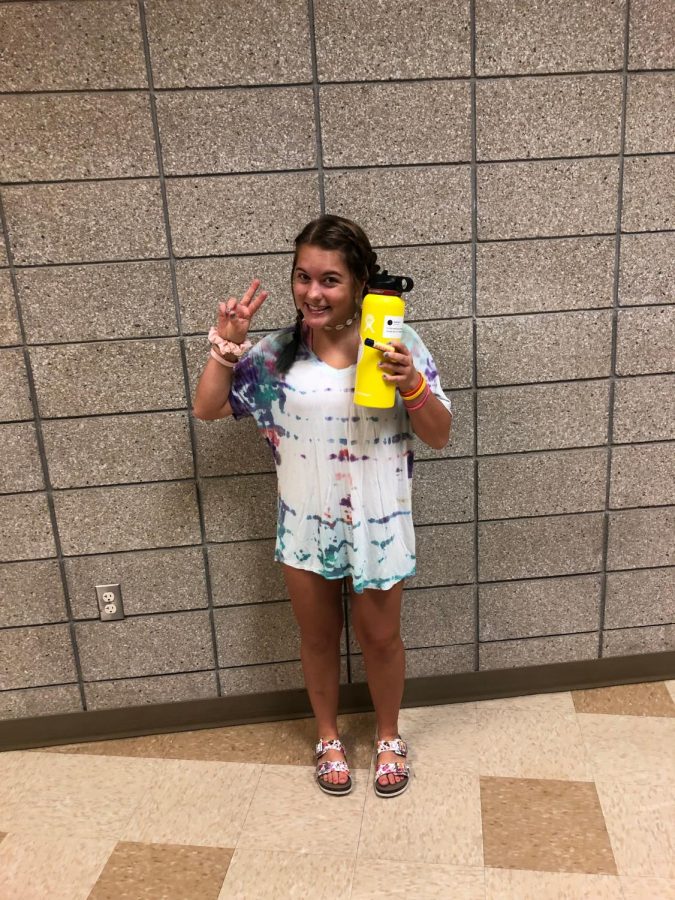 Maddie Bowman (10) generously poses for a picture to show off her school spirit of being a VSCO girl.

If you haven’t heard by now of the term “VSCO girl” then I would assume you are living under a rock. The photo editing app that was made for real photographers has now been turned into a type of way a girl acts and dresses. VSCO has been around since 2011 but up until early this year that it has become a viral app for teenage girls and boys.

So what is a “VSCO girl”? Being a “VSCO girl” means that you have many or all of these items: scrunchies, Birkenstock Sandals, Crocs, oversized t-shirts that cover your shorts, Burt Bees Chapstick, Carmex Chapstick, Hydroflask, metal straws, Kanken Backpack, Mario Badescu Spray, and of course a puka shell choker necklace. Now you may be thinking, “Those girls actually exist? ”and with that, I say yes, of course! We talked to a real-life ‘VSCO girl” to get the inside scoop on how it really is being a “VSCO girl.” Maddie Bowman, who is a sophomore here at Canyon Ridge, lets us know the real tea. Bowman says, “I never planned on becoming one. I saw on TikTok one day people making fun of them then I realized that I have all the things to become one besides the puka shell necklace and Burt Bees Chapstick.” After hearing this, I asked, “If people make fun of it, you still take pride in being a “VSCO girl”?” Bowman then said, “ Oh yeah, if you have all the stuff, why not be one?” Bowman also says that her favorite VSCO item is her hydro flask. Not only do “VSCO girls” dress a certain way, they also talk in a certain way as well. For example, girls are now saying “and I oop- sksksksksk” so what in the world does that mean? Bowman says, “It’s when you drop your hydro flask, and then you say that.” So knowing that I asked Bowman, “Do you act differently due to how you dress?” She then replied with, “No, I just think it’s a trend I enjoy.” I asked for any final words, and Bowman said, “Yes! Follow me on TikTok at maddie_daddieee and on VSCO at madzzzzbb.”

So there you have it, people, that’s what it is really like to be a VSCO girl.