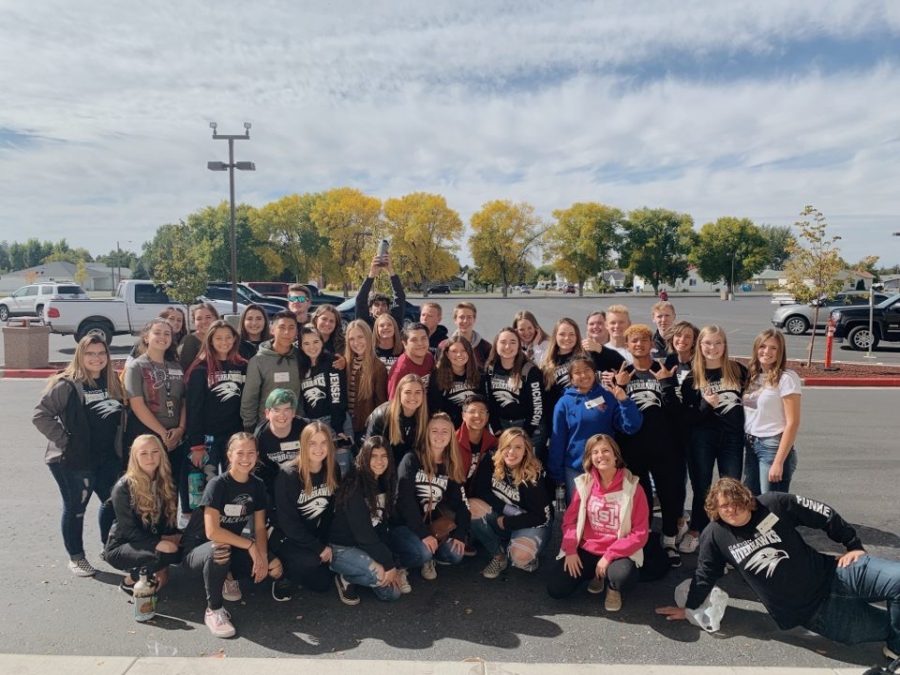 Student Council members gathering for a picture to represent their school pride and love.

Lily Teske, “Why do communists drink herbal tea?”… “Because proper tea is theft.”

Alex Helmes, “I was in the hotel lobby when I heard two chess masters and they were bragging about past wins. They were chestnuts boasting in an open fayer.”

Bedad Ebadeh Ahwazi, “Why do we tell actors to break a leg?”… “So they can end up in a cast.”

Zach Christenson, “ A guy is sitting at home when he hears a knock at the door. He opens the door and sees a snail on the porch. He picks up the snail and throws it as far as he can. Three years later there’s a knock on the door. He opens it and sees the same snail. The snail says “What the heck was that all about?”

Braden Clark, “ Teacher: Kids, what does the chicken give you?

Teacher: Very good! What does the pig give you?

Teacher: Great! What does the cow give you?

Kennedy Bulkley, “ Are you a parking ticket? Because you’ve got fine written all over you.”

Sheldon Flanery “What do you call a Catholic priest who became a lawyer?”… “A father in law.”

Maddy Harris “What do you get when you cross-breed a shark and a cow?”… “I have no idea but I wouldn’t try milking it.”

Weston Casdorph, “What would Twin Falls High School be with the B?”… “Ruins.”

Sophia Castillo “Why did the Mexican cross the road?”… “The mom yelled “Ven-paCA!”

Nicole Quintero “You wanna hear a dirty joke? It was raining and the white horse ran through a mud puddle now you wanna clean joke? It took a bath.”

Karrisa “Why did the toilet paper get stuck in the road?”… “It got stuck in a crack.”