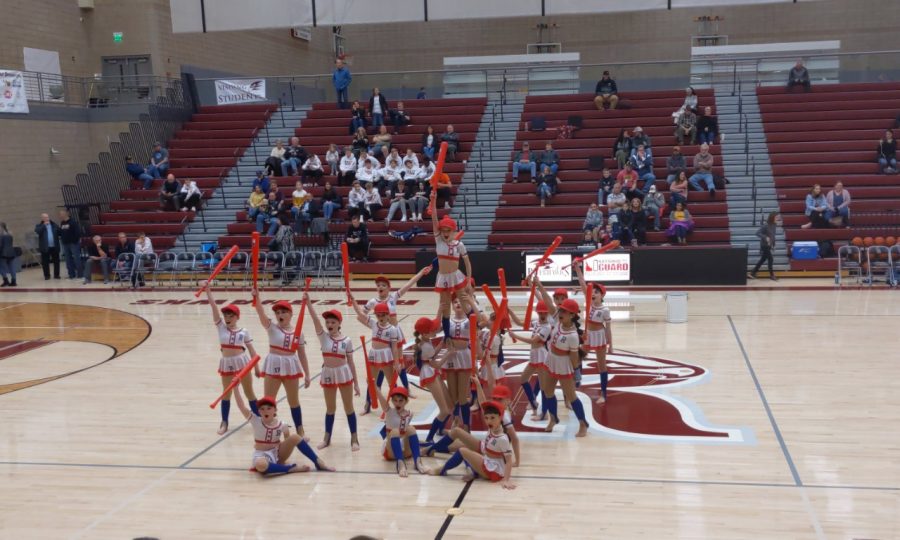 On January 16, 2020, the canyon ridge basketball game had an exciting surprise from a large group of girls at half time. For the past three years, the dance studio Revolution Academy of Dance, aka RAD, has been coming to one of Canyon Ridge’s boys’ basketball games to perform their dances. In the past, RAD has only had three teams, Rubies, Ambers, and Diamond. Each team is representing a jewel and the letters in RAD. But this year they brought four teams. Those three and now their youngest group, The Sapphires. all together, those teams are made up of (number of girls). Each team performed two routines that night — one at the freshman halftime and the other at the JV halftime. At the freshman game, the Sapphires performed their hip hop Mario World, the Rubies performed their character routine, Bathing beauties, the Ambers showed their character, Shoeless Joe, the Diamond also performed their character routine, King of New York. For the JV halftime, the girls performed Love shack as the Sapphires’ jazz, The Moment I wake up as the Rubies’ hip-hop, Cliques as the Ambers’ hip-hop, and 1,2, four, 3 as the diamonds’ hip-hop!!
The girls always have fun and enjoy performing for everyone at canyon ridge. The halftime show was an excellent experience for all (number) of them. And exceptional performance practice as well. For those who were at the game, they hope you all enjoyed watching as much as they did performing. Thank you, Canyon Ridge, for having them!!!